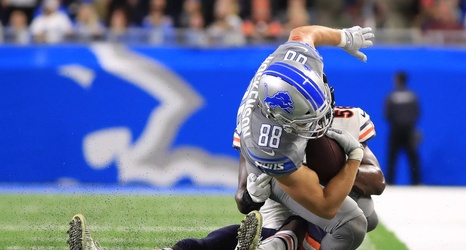 With a 95-yard, one touchdown effort from Todd Gurley, the Rams handled the Cardinals 34-7. Gurley now has at least 90 yards in two of his last three games.

Nick Chubb again was productive for Cleveland, gaining 58 yards, but the Browns lost 20-13 to the Steelers.

The Patriots fell short to the Texans on Sunday night, and Sony MIchel was limited to 45 yards on the New England offense that also saw Isaiah Wynn getting further adapted to being back in the rotation.