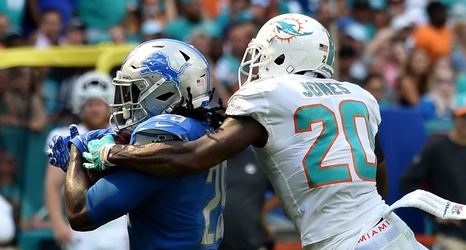 Miami Dolphins and former UGA safety Reshad Jones has been ruled out for today’s contest versus the New England Patriots. Miami is in desperate need of Jones’ veteran leadership in the secondary. Last week, Lamar Jackson and the Baltimore Ravens shredded the Dolphin defense for 52 points. Can Miami be more prepared for Tom Brady and New England?

The Georgia Bulldog great has made several Pro Bowls. ESPN’s Adam Schefter announced him as out: