MBB: Gamecocks too much for Bulldogs as they win in dominating fashion 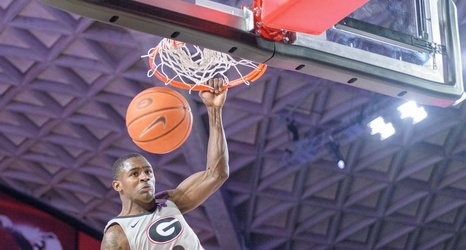 The South Carolina Gamecocks handed Georgia their third straight loss as they throttled the Bulldogs 75-59 on Wednesday night at Stegeman Coliseum.

The Gamecocks drew first blood off a Maik Kostar basket, and gave Georgia trouble early as they lead 8-2 at the first media timeout. Coming out of the break, USC continued to cause trouble as Georgia turned the ball over five times in the first six minutes. At the 11:46 mark, USC led 16-4 as the Bulldogs were shooting 11.1 percent from the field (1-of-9).

USC’s A.J. Lawson was trouble in the first ten minutes as he led the Gamecocks with six points.