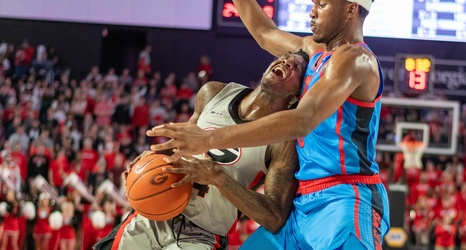 The Georgia men’s basketball team returned the hardwood Saturday afternoon as they were defeated 70-60 by the Ole Miss Rebels in front of a sold-out crowd.

Through the first ten minutes of the first half, the scored remained close as both teams traded blows. Freshman standout Anthony Edwards got off to a quick start hitting back-to-back three-pointers in the first four minutes. The Rebels went on an 8-0 run as the Bulldogs hit a lull, and went scoreless for nearly three-and-a-half minutes.