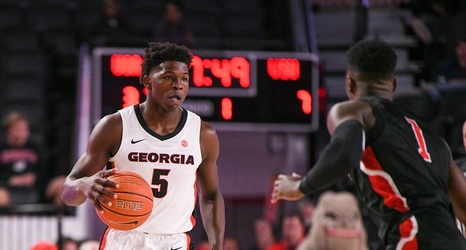 Georgia’s Anthony Edwards was named SEC Freshman of the Week on Monday by the league office in Birmingham, Ala.

Headlining the trip was a 37-point outburst against No. 3 Michigan State last Tuesday that included 33 points in the second half alone. Edwards helped Georgia rally from a 28-point deficit early in the second half to pull within two points with just under five minutes remaining. His 37-point performance equaled the No.