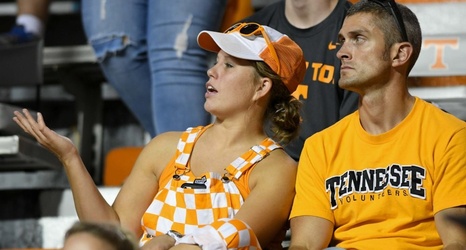 Though he picked the Bulldogs, Ratledge’s father is a lifelong fan of the Vols and even had a Power T sticker on his truck before Monday. However, once the commitment was announced, the sticker was no longer.

Isn’t it glorious watching that creamsicle colored T logo get peeled off of the Ratledge’s gray Ford truck?

Now, the truck has received a much-needed upgrade with a Georgia license plate on the front side of it.

Sources: The orange “T” from the truck of Dean Ratledge has entered the fan gear portal.