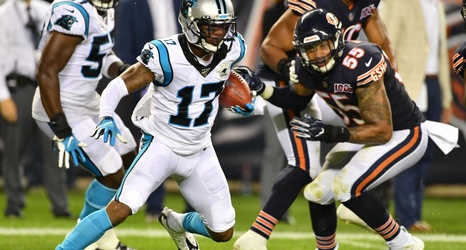 Former Georgia Bulldog Terry Godwin has a not-so-new home in the pros.

Godwin was drafted by the Carolina Panthers in the seventh round of last year’s NFL Draft but was among the final roster cuts prior to the beginning of 2019 season. He was quickly signed by the Jaguars, uniting in Jacksonville with fellow former Bulldog receiver Chris Conley.

The 2019 draftee wasn’t able to break into the team’s 53-man roster and spent fourteen weeks on the Jags’ practice squad. Godwin’s season ended in late December due to a minor injury.