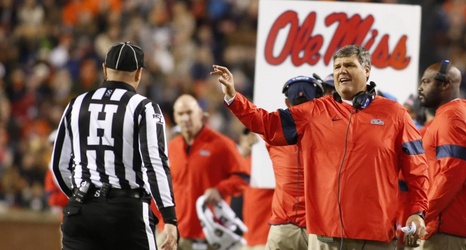 Well, the rumors are no longer rumors.

Coach Kirby Smart and the Bulldogs wasted no time filling the spot Pittman left open and are already back on the trail, hoping to retain all the recruits gained by the Razorbacks’ main man.

This morning, the rumors on Luke to Athens quickly turned into reports, before the Bulldogs officially announced the signing just after 12:00 pm.