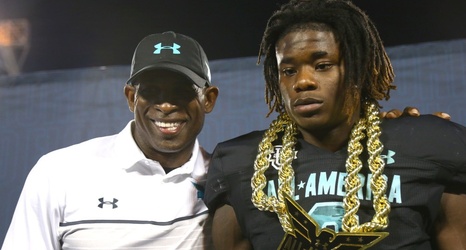 Zach Evans, the 5-star running back out of North Shore High School in Houston, Texas, originally signed with Georgia but then later requested that the Bulldogs release him of his National Letter of Intent. Georgia did just that.

Evans, who may be the most talented player in the entire 2020 recruiting class, was supposed to announce his decision at the Under Armour game before backing out and delaying his recruitment.

Now, however, Georgia appears to be back in the fold for Evans.

Despite already signing with UGA and then being released from his NLI, some recruiting expert still think the superstar tailback will end up at Georgia when the dust settles.