He struggled through last season. Now this Bulldog is having ‘the best spring out of anyone’ 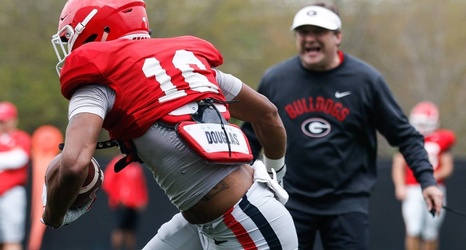 Jeremiah Holloman spoke with reporters on March 21, 2019, about how coaches and players are approaching the receiver position following the departure of multiple veteran players like Mecole Hardman, Terry Godwin and Riley Ridley. By

There’s the simple, yet vital lesson that desired goals take time to fulfill.

Georgia wide receiver Demetris Robertson feels the agonizing pain that comes with that tidbit. Back in Robertson’s days as a five-star prospect out of Savannah, many thought he would sport the red-and-black out of high school. His blazing speed and athletic abilities placed him on the college football map and in the hearts of recruitniks nationwide.