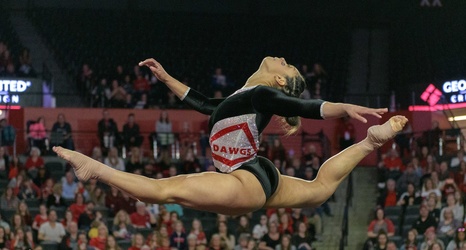 Vega, a native of Carmel, New York, was tabbed to the second team on floor after being ranked tied for ninth in the nation with a national qualifying score (NQS) of 9.930.

In her senior campaign, Vega competed all-around for the first time after adding bars to her repertoire. On floor she scored five 9.950s and two more 9.900s on her way to notching 50 career floor routines as a GymDog. Five times this season she earned the high score on floor to take home the event title, three of those were against SEC opponents.