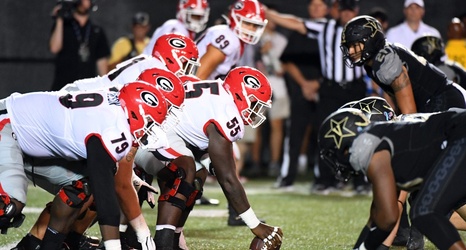 Georgia will face Vanderbilt on Saturday, September 25 from Nashville.

The SEC announced the game will kickoff at 12PM ET and will air on the SEC Network.

This will be the first the two schools have met on the gridiron since the 2019 opener. Last year’s game was postponed due to COVID before eventually being canceled altogether.