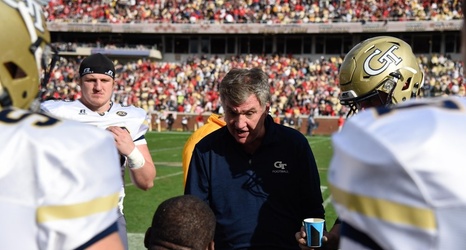 Georgia Tech football can’t escape getting poked fun at by Georgia fans even in the off-season. The Yellow Jackets hired Geoff Collins from Temple to replace Paul Johnson. It’s a move that’s generating excitement to their football program and fans are buying in:

Too bad they didn’t sell too many season tickets the year before. Maybe Georgia fans are buying season tickets just for the UGA-Texh game in Atlanta. Doubtful, but Bulldog Nation will look to paint Bobby Dodd Stadium red and black once again this season.

The Yellow Jackets should be better off now that they’re bucking the triple option.