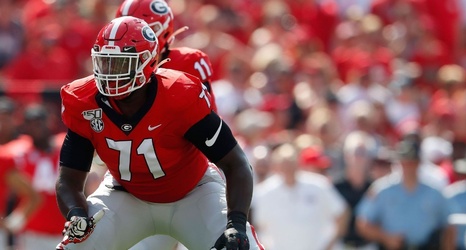 Georgia offensive lineman Andrew Thomas will skip his team's bowl game and his senior season as he begins to prepare for the 2020 NFL draft.

Thomas, an All-SEC First Team selection who won the SEC's Jacobs Blocking Trophy this season, made the announcement on his Twitter account on Tuesday afternoon.

ESPN's Todd McShay has Thomas being taken with No. 7 overall pick in his latest mock draft, which was released on Tuesday.

Thomas, who started all 13 games at left tackle, anchored a Georgia line that allowed 0.