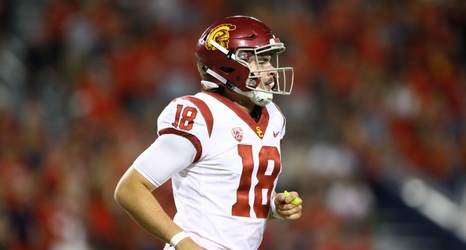 The buzz picked up Thursday morning that USC Trojans quarterback JT Daniels would be transferring to Georgia.

At around 4 p.m. ET, Daniels made it official, tweeting that he is indeed taking his talents to Athens.

Daniels, who entered the transfer portal in mid-April, signed with USC as a five-star pro-style quarterback in the class of 2018. Out of Santa Ana, California, he ranked as the nation’s No. 6 overall player and as the third ranked quarterback, behind only Trevor Lawrence and Justin Fields.

He started for the Trojans in 2018 as a true freshman and has only used one full year of eligibility.