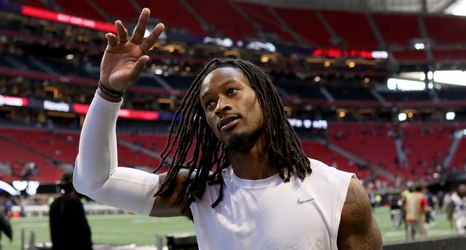 Former Georgia running back Todd Gurley, now with the Atlanta Falcons, was recently featured in Gatorade’s new “Ready To Play Anything” campaign.

In a 30 second ad, Gurley was featured alongside Zion Williamson, Elena Delle Donne, Sydney McLaughlin and Bryce Harper, showing the athletes playing a variety of sports.

Gurley discussed his participation in the commercial:

“There’s nothing better than sports, and athletes can’t wait to get back to get back to doing what they love with their teams. Gatorade is inspiring the next generations of athletes by showing how the pros are down to play any sport, at any time, just because we love to play,” said Gurley.