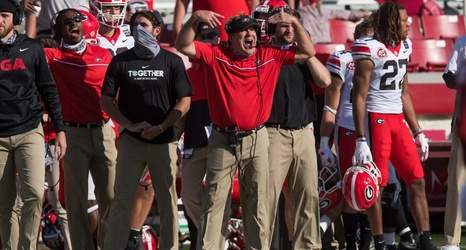 Georgia’s offense, which struggled in the first half, was solid under quarterback Stetson Bennett. Bennett helped Georgia play cleaner and he connected with George Pickens to get UGA’s first touchdown of the season.

Defensive back Eric Stokes had a pick-six to give Georgia a 27-10 lead late in the third quarter. His interception helped put the game out of reach for Arkansas.