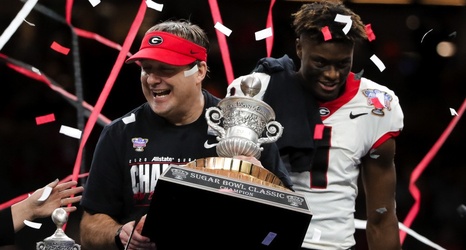 After Georgia football landed college football’s No. 1 ranked recruiting class, head coach Kirby Smart spoke with the media about why he recruited each position group the way that he did.

A big reason why Georgia was able to secure the No. 1 class was in part thanks to the signing of five wide receivers, four of them being 4-stars.

We all saw the step back that Georgia football suffered this past season on offense without Mecole Hardman, Terry Godwin, JJ Holloman, Riley Ridley and Isaac Nauta.

Next season Georgia will be without one of its best receivers Lawrence Cager, who shined in 2019 as a grad transfer from Miami before suffering a season ending injury.