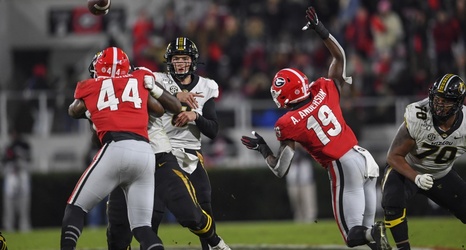 Jefferson is a four-star recruit and has quite some time to make his commitment decision. Jefferson can help Georgia’s recently rejuvenated defensive line. Jefferson announced his top schools yesterday via Twitter:

With fifteen schools left, it’s hard to say what direction he’ll go in next. Jefferson would be the third commitment in UGA’s class of 2021. Georgia currently has the 23rd ranked class of 2021 and a top five class in 2020.