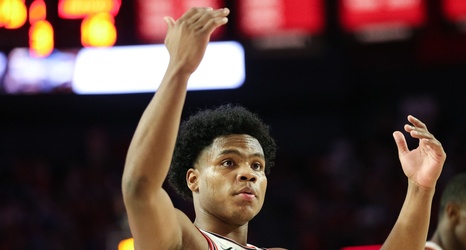 The complaint about the Georgia basketball team after Wednesday’s embarrassing, comeback loss to Florida was that the team lacked maturity. Understandable for a freshman-filled team in November, almost inexcusable for the middle of SEC play in February.

For much of Saturday’s home game against Alabama, that immaturity hampered the Bulldogs again. Turnovers, bad ball movement and occasional lethargic defense allowed the Crimson Tide to lead for almost the entire first half. Good first half shooting by Sahvir Wheeler and Toumani Camara was the only reason the Dawgs were in the game.

Then, Georgia came out of the second half looking like a different team.