Georgia 30 - Kentucky 13: The Inevitability of a Mountain Range 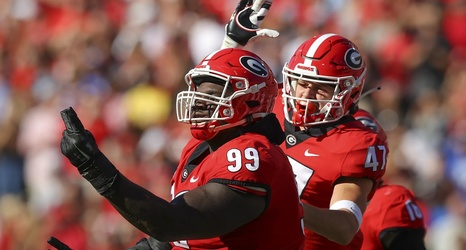 Georgia captured its 12th consecutive win over the Wildcats of Kentucky in Sanford Stadium this afternoon, and what we might have learned is just how hard this UGA team is going to be to beat.

Kentucky played extremely well on the offensive line. They were helped by timely penalties, and the fact that this group of officials felt like calling holding on the Wildcats would somehow make the game less fair.

With UGA already up 14-0 and the Wildcats in their own territory, it appeared a strip sack of UK quarterback Will Levis was going to set the Dawgs up for a knockout punch.