Friday Dawg Bites is the Next Man Up 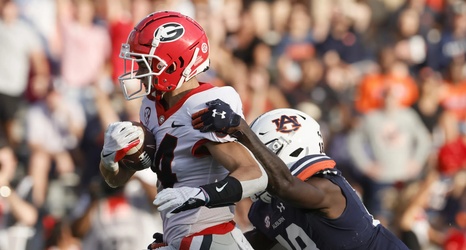 It’s Friday, and if you’re strolling around campus in Athens today, you’ll probably run into the College Gameday set. You’ll also run into the SEC Nation set. This is getting routine for your #1 ranked Bulldogs, and that’s a good thing for the UGA brand.

It’s the type of thing that makes a big name recruit listen a bit more intently when a UGA coach comes calling. Despite his insistence that he’s not decomitting from FSU, Kirby Smart went and visited five-star Travis Hunter last night. The #1 player in Georgia has been strongly tied to the Noles for a long time now, but when the head coach of the nation’s top ranked team shows up two days before his school is going to get its second 3 hour advertisement on College Gameday in the last few weeks, you’ve gotta pay attention right?