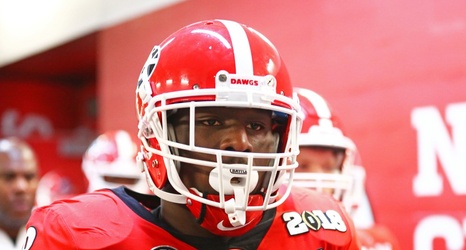 Riley Ridley, the former Georgia football great and No. 126 overall draft pick of the Chicago Bears has officially signed his first NFL contract.

The Bears announced on Monday that they had signed three rookies to new four-year deals including Ridley, who will wear No. 88 in Chicago.

“It’s a great example of us taking the best player on the board,” said Bears general manager Ryan Pace when referring to the former Georgia star.

“To have a player of his caliber there and comfortably be able to take him was really a no-brainer because he was so high on our board.