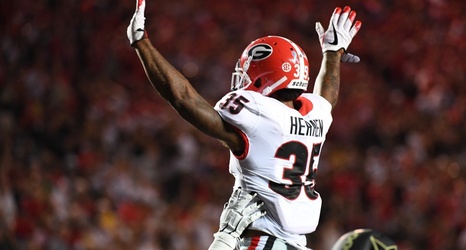 Due to issues with his grades early on in high school, Herrien was by no means a highly exposed recruit. Until he got his grades right and qualified for UGA, he was ranked by only one recruiting service and was listed as a very low three-star.

He arrived in Athens in June 2016 and made nearly immediate impact. His first touch as a Dawg was a 19 yard touchdown run late into Kirby Smart’s first game at the helm for his alma mater, sealing a win over North Carolina in the Georgia Dome (rest in pieces).