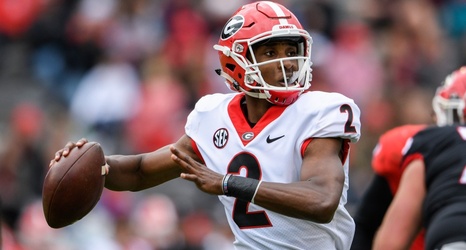 ESPN released their list of the 25 most important players in the College Football Playoff chase, ranking Georgia quarterbacks J.T. Daniels and D’Wan Mathis at No. 1.

Mathis was originally committed to Ohio State before he flipped his commitment to Georgia following Justin Fields’ decision to transfer to the Buckeyes in 2018. Mathis was informed in 2019 that he had a cyst on his brain that required serious surgery. This medical issue threatened Mathis’ football career, with doctors telling him he might never step on a field and play football again.

Now, the redshirt freshman Mathis will defy the odds, starting under center in his first collegiate game this Saturday against the Arkansas Razorbacks.