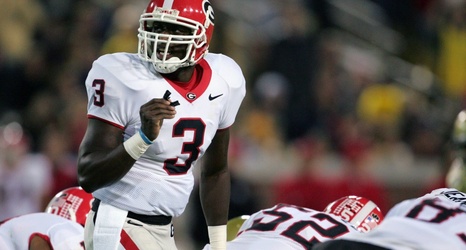 There has been a lot of buzz Thursday morning that USC quarterback JT Daniels, who is currently in the NCAA transfer portal, is almost a sure-thing to transfer to Georgia.

Daniels, who entered the transfer portal in mid-April, signed with USC as a five-star pro-style quarterback in the class of 2018. Out of Santa Ana, California, he ranked as the nation’s No. 6 overall player and as the third ranked quarterback, behind only Trevor Lawrence and Justin Fields.

Following the news that Daniels may soon become a Bulldog, former Georgia SEC Championship winning quarterback DJ Shockley weighed in, and commented on how important it is to have competition at the quarterback position.