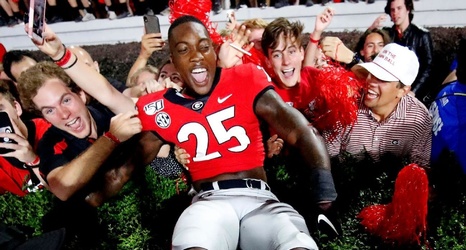 For better or for worse, Notre Dame has always embraced its status as an independent. But Saturday night was an example of where it hurts, and the Irish know it.

As impactful as Georgia's 23-17 victory was for its playoff hopes, the result was far more devastating to the Irish, who don't have a conference championship game to help compensate for a loss along the way. It was hardly a bad loss -- a close game on the road in prime time against the No. 3 team in the country -- and it might not keep Notre Dame out of the top four, but it's going to make it a lot harder for the Irish to get in.