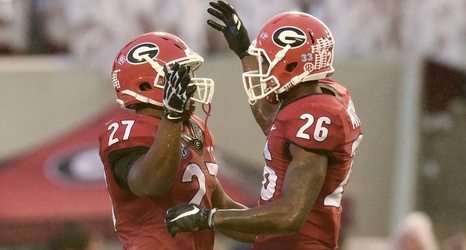 For the second week in a row a former Georgia Bulldog shares the lead headed to the final round of a PGA Tour event. After Russell Henley suffered a late fade to fall from atop the leaderboard in last week’s US Open Bubba Watson is looking to avoid the same fate at this week’s Traveler’s Championship.

Watson sits tied at -10 along with Kramer Hickok. For his part Henley sits only one shot back at -9 in a three way tie for third. And if that wasn’t enough red and black at the top of the field heading into the final day of competition, Harris English is one shot further back at -8 and Brian Harman is only three shots off at -7.