...And That’s When I Knew I’d Never Hate LSU 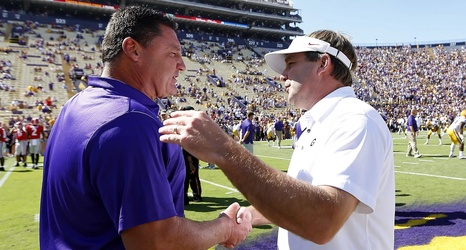 As a kid I didn’t know any LSU fans. I was at the 1999 game when the Tigers came to Athens, and that was the day that I became aware of how amazing Louisiana’s cuisine is. Someone my parents tailgated with at that time had hired a caterer from Louisiana. They rolled out crawfish, jambalaya and other Cajun delicacies. While I remember the food from that day, I don’t remember interacting with LSU fans.

The first LSU fan I ever really met was my uncle’s friend Hank. He was a diehard Tiger and an LSU alum. A native of South Louisiana, Hank had somehow ended up in Cartersville after his time in the armed forces.