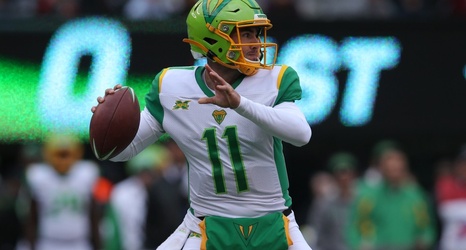 The former Georgia Bulldog went 16/34 for 231 with two interceptions and two fumbles in a loss to New York.

The Vipers, now 0-1, announced on Friday that Murray will be sitting out this weekend’s contest, springing former Oklahoma State quarterback Taylor Cornelius into the starting role.

In the first half of last week’s game, Murray apparently suffered a foot injury that has since held him out of practices.

Murray returned back to his hometown of Tampa to play for the Vipers this season.