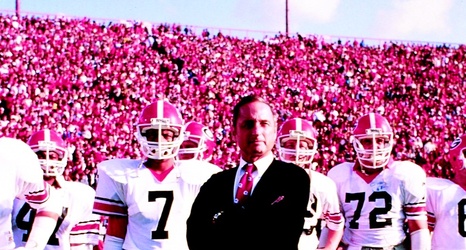 November 28, 1964 – Georgia tops Tech 7-0 between the hedges and earns a berth in the Sun Bowl. The Bulldogs beat Texas Tech by an identical 7-0 score to finish 7-3-1 in Dooley’s first season in Athens. The win over the Jackets broke a three-game losing streak to Tech, and Georgia’s win over Florida snapped a string of eight Gator wins over the previous nine seasons.

September 18, 1965 – Highlighted by the “flea flicker” Moore to Hodgson to Taylor, Georgia upset defending and eventual national champion Alabama 18-17 on national television in Athens, setting the stage for soon to come glory days.