Georgia Recruiting Roundup: Everything You Need To Know With 16 Days Until Signing Day 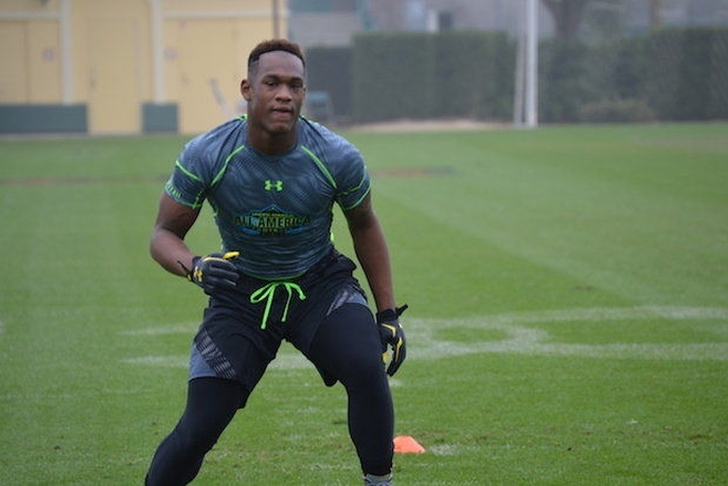 The Georgia Bulldogs already boast one of the top recruiting classes in the country, but they're far from done, making a strong push during the last month of recruiting as we heads towards National Signing Day on Wednesday, Feb. 3. Here's all the latest news and rumors you need to know:

Five-star LB Lyndell Wilson "comfortable" at Georgia following official visit
Wilson, a five-star linebacker from Montgomery, AL, is deciding between Alabama and Georgia on National Signing Day, and the Bulldogs may have inched out in front. Wilson took his first official visit to Athens over the weekend, and said he felt comfortable while on campus.

"My favorite part was sitting down with Coach Smart and listening to everything he had to tell me," Wilson said, via 247sports. "He told me Georgia was a great place to be and I could definitely see that. He also said he was going to get a lot of things changed. He said I have a great opportunity to play, because a lot of the linebackers they have coming back did not play a lot last year.

"As far as coaches I have the best relationship with right now, Kirby Smart is No. 1," Wilson said. "He came by to see Shaun Dion Hamilton when I was in ninth grade and he has been on me ever since. My first trip to Georgia was really great overall. I feel like it is a great place to play football and they have a great academic program as well. I plan to update my recruitment after I take my other two officials. Georgia has set the bar very high."

Wilson is ranked as the No. 1 outside linebacker and No. 14 overall prospect in the country.

Georgia expected to land five-star DT
Brown, the No. 4 overall prospect in the country, has Georgia as his clear favorite without anyone else really putting up a fight in the race to land him. Auburn and Tennessee are making late pushes to land the Buford, GA product - he took an official visit to Auburn on Jan. 15 and will take one to Tennessee on Jan. 29 - but he is widely expected to stay in-state at UGA. The Bulldogs have Brown for an official visit on Jan. 22.

Four-star DE admits UGA's coaching changes made them his favorite
A lot was made about Georgia's decision to fire head coach Mark Richt and the impact it would have on recruiting - particularly with five-star QB Jacob Eason - but the hiring of Kirby Smart made a very positive impact for 2017 four-star DE Malik Herring (Forsyth, GA).

"Kirby Smart, he was the first guy to believe in me being able to play at the SEC level, or the next level period, because he was the first to give me an offer," Herring said, via 247sports. "I met him that day, and we struck up that bond, and since then, I have seen him like a mentor.

"Before, I was leaning toward going somewhere other than Georgia. This staff in place really changes how I feel about Georgia a lot. My feelings are much stronger about Georgia because of the bond I have built with Coach Tracy Rocker, Coach Tucker and Coach Smart. That has changed the recruiting process a lot. I can see myself fitting in there now."