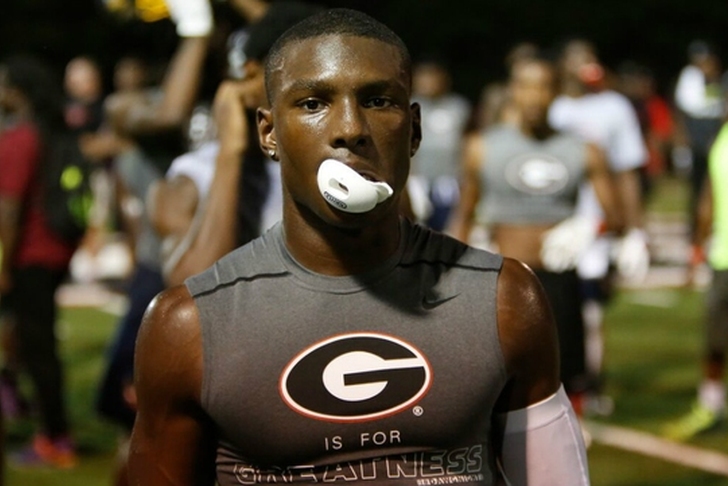 The Georgia Bulldogs already boast one of the top recruiting classes in the country, but they're far from done, making a strong push during the last few weeks of recruiting as we heads towards National Signing Day on Wednesday, Feb. 3. Here's all the latest news and rumors you need to know:

Top ATH prospect likely to sign with UGA
Mecole Hardman Jr. (Elberton, GA) didn't make the trip to Alabama this weekend as was expected, signaling that he has made up his mind. That's good news for Georgia, who have been the favorite to land him for some time. He will announce his decision on National Signing Day, and it'll be a shock if he picks someone other than the Bulldogs.

Hardman is ranked as the No. 1 athlete and No. 13 overall prospect in the country.

Georgia expected to land four-star WR
Tre Nixon (Melbourne, FL) is one of the top uncommitted receiver prospects in the country, and according to 247sports' Steve Wiltfong, he's expected to end up in Athens.

"I'm now riding with Georgia as my best source tells me the Bulldogs are in great position, but he did mention Auburn could be a game-changer. I actually had Georgia as my original Crystal Ball pick for Nixon but rode the steady waves of his recruitment. He's always been high on playing for the Bulldogs. Auburn gets the last crack at Nixon this coming weekend."

Nixon is ranked as the No. 36 wide receiver and No. 182 overall prospect in the country.

Read more about Georgia recruiting in the Chat Sports iPhone and Android apps.

Three-star WR decommits from Georgia
Randrecous Davis (Atlanta, GA) announced his decommitment from Georgia today. Davis committed to the Bulldogs this summer under head coach Mark Richt, but reportedly hadn't been in much contact with new head coach Kirby Smart and his staff.

Davis will now decide between South Carolina and Miami. He is ranked as the No. 70 wide receiver and No. 419 overall prospect in the country.