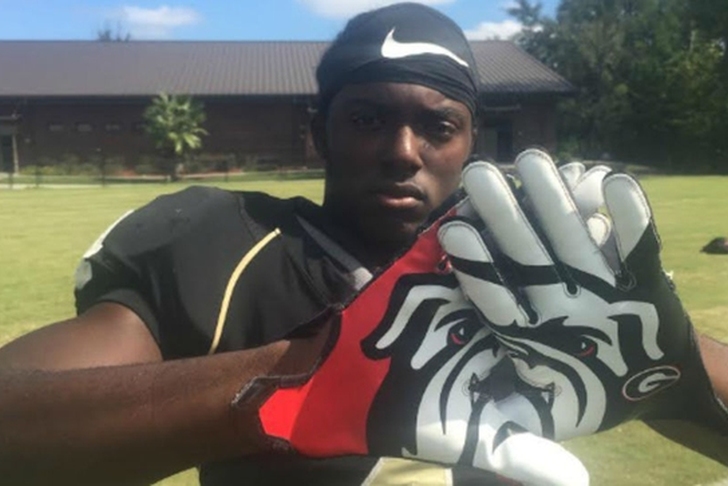 Georgia Bulldogs head coach Kirby Smart is just days into his tenure in Athens, but he already has his first commitment with the program. DB Richard LeCounte III, the #8-ranked player in the ESPN Junior 300, pledged to UGA on Sunday.

LeCounte made his commitment just twelve hours before the recruiting dead period, announcing his decision publicly via Twitter. He also held offers from the likes of Alabama, Florida, Clemson and Auburn.

The top-ranked safety in the Class of 2017, LeCounte stars on both offense and defense for Hinesville (GA) Liberty Country High School. In three years of varsity football, he has 299 tackles, 25 tackles, 11 forced fumbles, 11 interceptions. He also has passed for 688 yards, rushed for 1,358 and caught 47 balls for 883 yards.

With LeCounte added in, the Georgia Bulldogs now have four commits from the ESPN Junior 500.

Now with the recruiting dead period beginning, Smart will head back from Athens to his post in Tuscaloosa to begin preparations for the Crimson Tide's College Football Playoff semifinal showdown with the Michigan State Spartans. That game will be played at AT&T Stadium in Arlington, Texas (Cotton Bowl) on New Year's Eve.