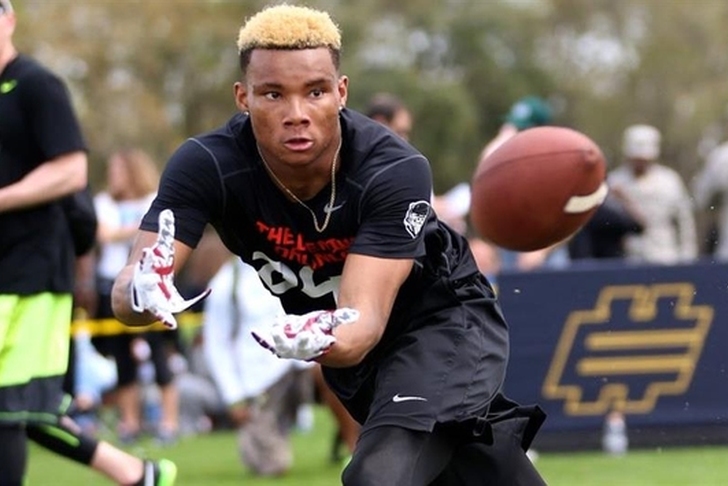 The Georgia Bulldogs are still in the midst of spring practice in preparation for the 2016 season, but that doesn't mean new head coach Kirby Smart and his staff have taken a step back on the recruiting trail. Here are all the latest news and rumors surrounding Georgia recruiting.

Demetris Robertson Update
Believe it or not, there is still a five-star 2016 recruit available. WR Demetris Robertson is the No. 24 overall recruit in the nation and has yet to decide where to play. He's weighing offers from Notre Dame, Georgia, Alabama and Stanford, although he's still working on getting into Stanford.

Robertson visited Georgia this weekend, and UGA would love to land the talented player. Georgia is also getting a visit from Robertson's mother. While National Signing Day has come and gone, Robertson doesn't need to make a decision for several weeks. He'll be eligible to play at Georgia should he enroll. He did send a positive a Bulldogs tweet this weekend.

In addition, DawgNation reports Robertson has signed a financial aid agreement with UGA. That's a non-binding agreement, but guarantees Robertson a scholarship spot. He can choose any school, but it also allows Georgia unlimited contact with Robertson.

Top-50 Recruit Says He Likes Georgia
Four-star CB Jaymest Williams is one of the top DBs in the class of 2017, and he told 247Sports that he likes Georgia.

"I could see the intensity was not really too high but I could also see Kirby trying to change that," Williams said. "I like Georgia, I like it a lot, I will probably go back during the week and watch another practice."

Williams checked out a practice this weekend and was clearly impressed. Williams is the No. 5 player from Georgia, the No. 47 overall recruit and No. 7 CB.

Rising WR Makes Visit To UGA
Three-star WR Jeremiah Holloman picked up offers from Georgia, Alabama, Auburn and South Carolina in a span of 24 hours last week, thanks to a strong effort at a camp. He likely will be a four-star recruit before long and is taking another visit to UGA, a team he really likes.

"I love Georgia, I like the staff, I feel like that is a good place that I could play at," Holloman told 247Sports. "I got a chance to see the players practice. I feel like they should have a really nice team under Coach Smart."

Georgia is currently the favorite for Holloman, but it should be a battle.

Follow our Georgia Bulldogs team page for all the latest Georgia recruiting news!