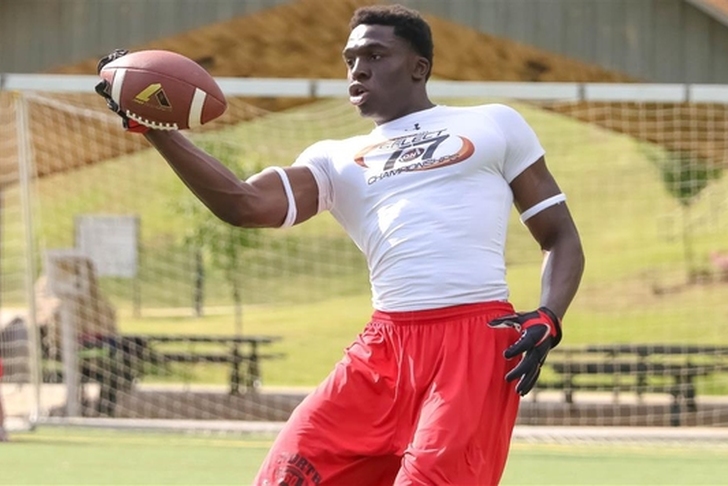 The Georgia Bulldogs kicked off their season Saturday with a 51-14 annihilation of Louisiana-Monroe in Athens. That was a great thing both for the 2015 team and the team's current recruiting efforts with a top-tier USC commit reportedly visiting the team during the contest.

Per 247Sports' Kipp Adams, four-star "wide receiver Josh Imatorbhebhe (Suwanee, Ga./North Gwinnett) told Dawgs247 Saturday morning that he is at Georgia. Considered the No. 14 prospect in Georgia, No. 21 wide receiver in the country and No. 126 overall in the 2016 class by the 247Sports Composite, Imatorbhebhe committed to USC back in May."

Imatorbhebhe said at The Opening he would likely give Georgia an official. The 6-foot-2, 205-pound wide receiver told 247Sports that Georgia is currently recruiting him the hardest after the Trojans.

The dynamic wideout holds 29 other offers which include the likes of Auburn, Oregon, Michigan and others.