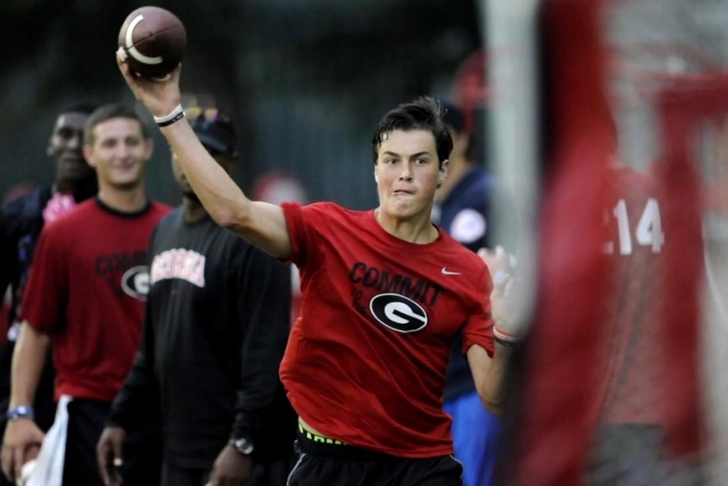 The Georgia Bulldogs have had a number of star quarterbacks under head coach Mark Richt, and the coaching staff thinks they found the next Matthew Stafford or Aaron Murray in the top quarterback recruit in the Class of 2016, Jacob Eason.

Eason committed to Georgia in July, and passed for 2,829 yards, 32 touchdowns, and just three interceptions in his junior season. He is a pocket passer, but he's mobile enough to avoid pass rushers and extend plays with his legs.

The Lake Stevens, Washington native has ideal size at 6'5", but needs to put some weight on his 205-pound frame. However, that's the only glaring weakness in his game. Eason has elite arm strength and impeccable accuracy, which will give him a shot of taking over the starting job as soon as he steps on campus.

Follow our Georgia Bulldogs team page for all the latest UGA news and rumors!