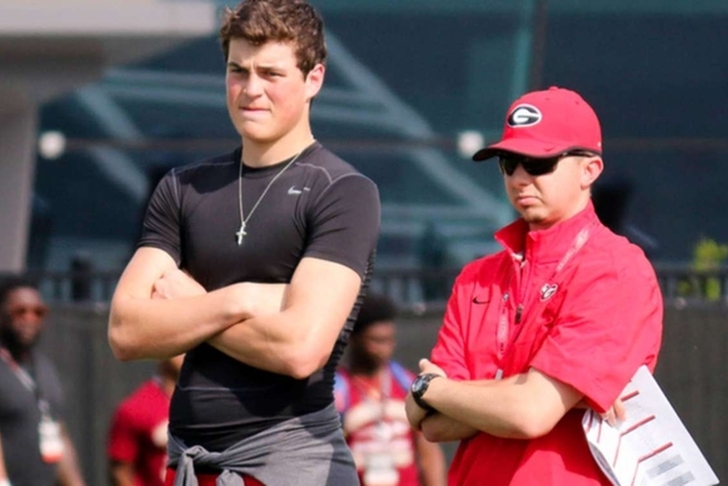 The Georgia Bulldogs are in good spirits after a gutsy 20-13 win at Auburn on Saturday, and the momentum is palpable as the 7-3 Bulldogs begin preparations for Saturday's home game against Georgia Southern. We're here to get you prepped for the fun ahead with our Georgia Bulldogs Football Roundup: News, Rumors & Recruiting - Everything You Need To Know For Mid-November.

The Bulldogs now have a 56-55-8 all-time series lead over Auburn after Saturday's win.

UGA's regular-season finale will be played at either noon or 3:30pm EST based on the outcome of games on November 21st, and the network which the game is televised on will also be determined by such.

#1 overall 2016 prospect Rashan Gary is still considering a visit to Georgia with his final official visit. The elite defensive tackle is also considering Alabama and LSU for his final visit.

UGA top QB commit Jacob Eason reaffirmed his commitment to the program, calling reports of a potential flip to the Florida Gators "false." Mark Richt made a cross-country trip to visit Eason after Saturday's win.