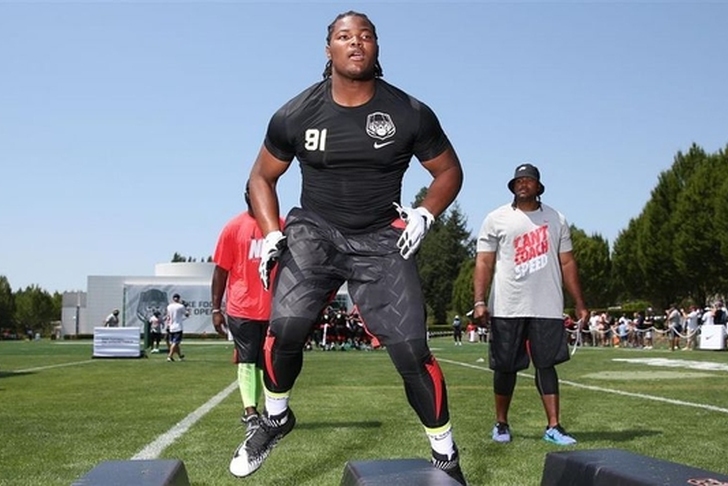 The story of the week for the Georgia Bulldogs is their attempt to put a 38-10 home thrashing by the Alabama Crimson Tide behind them, putting all efforts into bouncing back in a key road game at the Tennesssee Volunteers. While the game is dominating the program's focus right now, there's also plenty of intrigue to be had when it comes to the program's recruiting efforts heading into the weekend. Here's a snapshot of the goings-on:

#1 overall 2016 prospect Rashan Gary is the most coveted defensive lineman we've seen on the recruiting trail, with almost every major program across the nation fighting to get Gary to take a visit to their school.

As for Georgia, Gary won't be able to make the trip out to Athens this year. But, that's not necessarily a bad sign. In fact, Gary still plans to take an official visit to UGA.

"Probably after the season sometime," Gary said. "Sometime in January."

Five-star Allen (TX) offensive tackle Gregory Little was in Athens last Saturday to watch Georgia's loss to Alabama. While the Bulldogs were manhandled in that one, Little still came away impressed with the experience in Athens.

"I wanted to see a good game between Alabama and Georgia," Little said. "The game was my favorite part of the trip. Even in the rain, the atmosphere was great. The outcome really did not matter, because everyone wins and loses."

Little is considered to be an Alabama lean my most major recruiting services.