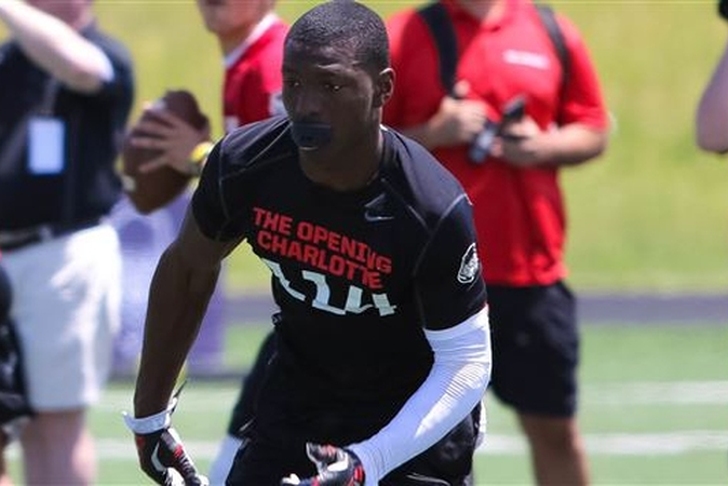 Mecole Hardman Jr. (Elberton, GA), the top-ranked athlete in the country, announced that he has committed to the Georgia Bulldogs over Alabama and Ohio State. He joins a UGA recruiting class that ranks 13th in the country, according to 247sports.

The 5'10", 169-pounder was widely expected to stay in state at Georgia, but gave many Bulldogs fans a scare of the last couple of weeks. Alabama made a strong push to land Hardman following their national championship victory, then Hardman changed his Twitter cover photo to a mockup drawing of him wearing an Ohio State jersey after he took an official visit to the Buckeyes.

Hardman is ranked as the No. 2 player in the state of Georgia and No. 13 player in the country on top of being the No. 1 athlete prospect.