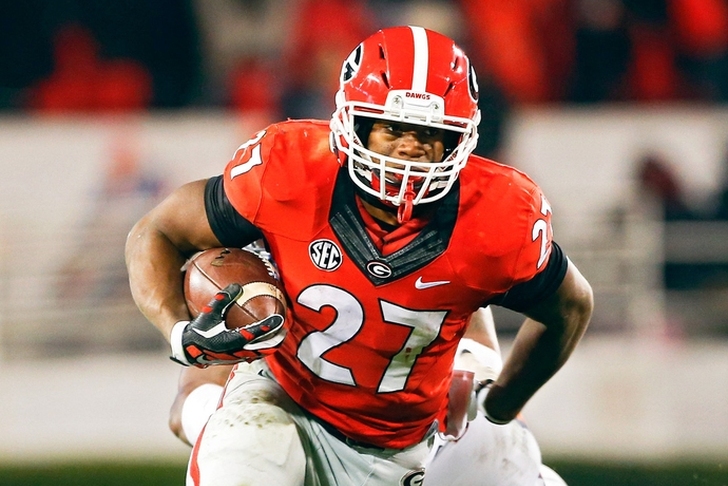 Georgia Bulldogs running back Nick Chubb suffered a gruesome injury on the first play of today’s game at the Tennessee Volunteers.

After taking the ball and cut to the outside, he was hit hard and knocked toward the sideline. When he landed on his feet out of bounds, his knee buckled underneath his weight and bent backward. He collapsed after that, writhing in pain.

Medical staff was quick to tend to Chubb on the sideline as coaches/teammates came over to console a visibly-shaken Chubb. CBS showed one initial replay of the injury, but decided not to show any more.

"I'm sick to my stomach," color analyst Gary Danielson said of Chubb's injury and the rash of other major injuries that have afflicted SEC running backs in recent years -- including Chubb's former teammate, Todd Gurley.

No update on his injury status has been made available to the press at this time, but his reaction seems to indicate a very serious and potentially season-ending injury for the Heisman candidate.

Stay tuned to Chat Sports for news on this breaking story.