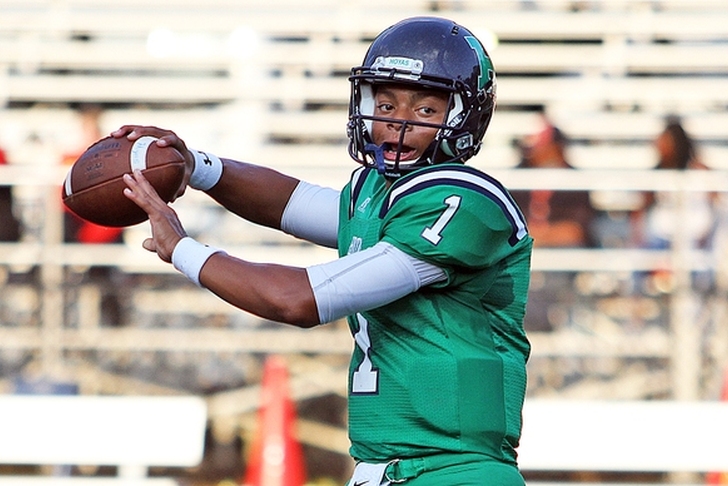 Five-star quarterback Justin Fields (Kennesaw, GA), the top overall prospect in the 2018 recruiting class, announced that he has committed to Georgia.

Fields had originally committed to Penn State in December but decommitted in June. Since then, he has taken six unofficial visits to Athens, including two of the last three weekends. He made an official visit to Alabama last weekend.

Florida State and Auburn were thought to be Georgia's biggest competition for Fields, but the Bulldogs were able to keep the top prospect in-state.

This marks the third-straight year in which Georgia has received a commitment from one of the nation's top quarterbacks. Jacob Eason was the No. 2 QB recruit in the country in the 2016 class, while current starter Jake Fromm was the No. 3-ranked quarterback in 2017.

Check out Fields' highlight film below.

Follow our Georgia Bulldogs team page for all the latest Georgia recruiting news!