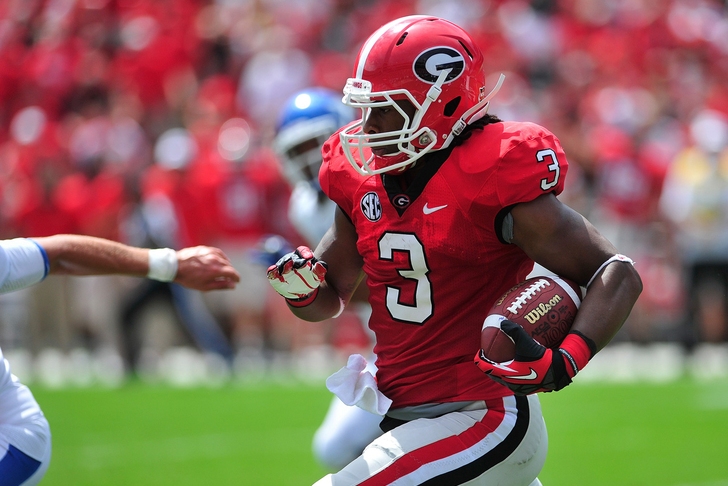 News is trickling out of Georgia that running back Todd Gurley's knee injury sustained Saturday night is in fact a torn ACL and he is done for the year, according to Bryant McFadden of 120 Sports.

Gurley tore the ACL in his left knee on a non-contact play near the end of the fourth quarter - his first game back from a four game suspension for an NCAA rules violation.

The Georgia star was widely regarded as a 1st round pick and had a chance at being the first running back off the board in the 2015 NFL Draft.

Gurley now faces an uphill battle to recover from the injury - a development that is likely going to see his draft stock take a hit.

The junior finishes this season with 911 yards rushing and five touchdowns. His Georgia career ends with 36 rushing touchdowns and 3,285 rushing yards.