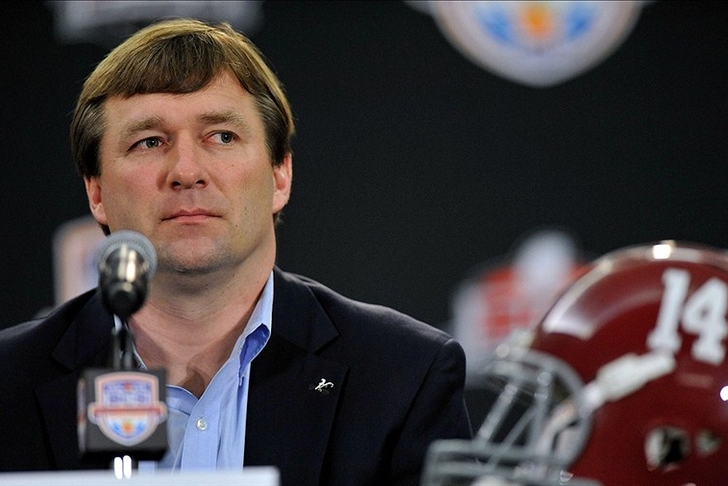 The Bulldogs have been on the hunt for a new defensive coordinator after the departure of DC Todd Grantham to Louisville, and it appears both of their reach candidates are legitimate possibilities.

Alabama's Kirby Smart was first linked to the Georgia DC position four years ago, but ultimately elected to stay with the Crimson Tide. In Smart's six seasons as Alabama defensive coordinator, the Tide defense has never been ranked lower than fifth in the nation, and it isn't hard to see why Georgia is so interested in bringing him to Athens. Smart is a UGA graduate who also got his coaching start with the Bulldogs, so if Smart ended up leaving Alabama, it wouldn't just be about the money (although getting a nice raise will certainly be a factor).

Florida State's Jeremy Pruitt wasn't initially considered a serious candidate for the job, but his name is picking up serious steam. Pruitt doesn't have Smart's personal connections to UGA, but did coach under Smart as Alabama's director of player development and defensive backs coach for four seasons. In Pruitt's first season at Florida State, the Seminoles won the BCS national championship while allowing just over 12 points per game, the least in the nation.

Smart or Pruitt would both be marquee hires, and this is definitely a win-win situation for the Bulldogs. We'd consider Smart the favorite for the job at this stage, with rumors swirling that a contract that would pay him $1.5 million a year for five years has already been offered.