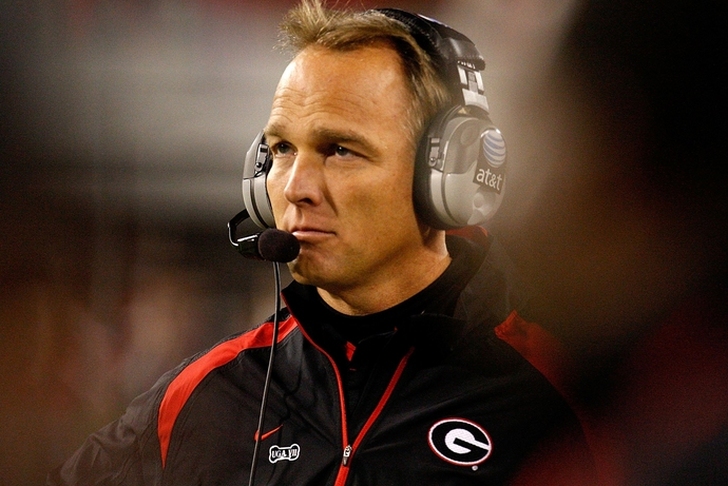 The Georgia Bulldogs put a deflating 27-3 road loss to the Florida Gators behind them on Saturday, taking their frustrations out on a good Kentucky Wildcats team in a 27-3 home romp. While Georgia is 6-3 and underperforming compared to preseason expectations, we're still convinced that HC Mark Richt is continuing to push this program in the right direction. Here's 3 Reasons Why Mark Richt Is Still The Right Coach For Georgia.

UGA is a recruiting juggernaut under Richt, scoring top-eight hauls in 2014 and 2015 while currently occupying the #7 slot for the Class of 2016. In a dog-eat-dog SEC recruiting world, Richt is a steady force who has increased the Bulldogs' recruiting reach from coast to coast. The benefits of that will continue to manifest themselves as the years go on.

It's hard for any SEC team to sustain the type of consistency that Georgia has. Critics point to the fact that he hasn't brought an SEC title to Athens in a decade, but what they fail to mention is that only four teams have won a title over that span -- Florida, LSU, Auburn and Alabama. Georgia is consistently a legit threat to all four of those teams and it's no shame for Richt to have maintained UGA's status as an on-the-cusp SEC contender each year. There's several other teams below them which wish they could say the same thing.

UGA has had just one losing season in Richt's 15 years at the helm (6-7 in 2010). He'll be a perfect 15 of 15 for bowl berths once Georgia gets its invitation after the regular season. He's also led UGA to nine double-digit win seasons in the past 13 years. Go down the list of FBS teams around the nation and you'll only find a handful of programs that can swing with the heavyweight that UGA has been year-to-year under Richt. There's always going to be frustration when the team's ultimate goal isn't realized. But, that doesn't mean we should blindly slash and burn the big picture in front of us.