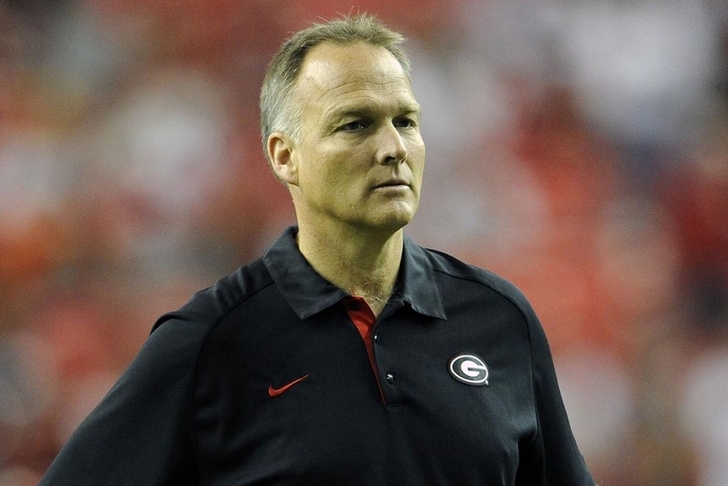 The Georgia Bulldogs suffered another SEC loss this season, this time falling 27-3 to the Florida Gators. It was a game Georgia desperately needed if it wanted a shot at the SEC East title, but the Bulldogs came up well short. Head coach Mark Richt took a risk by playing QB Faton Bauta and didn't pay off as Bauta threw four INTs. The loss to UF means it's yet another season where Richt and the Bulldogs have failed to live up to expectations. It's Richt 15th season at Georgia, and he hasn't produced the results he should. Here are Three Reasons Why It's Time To End The Mark Richt Era At Georgia:

Year after year, Georgia is expected to win or at least compete for the SEC East. The East hasn't been a great division in recent years, and Georgia has had plenty of talent. Two years ago, Georgia was ranked No. 5 in the preseason and finished the year unranked. This year, the Bulldogs started the year No. 9 and are again unranked. With today's loss to Florida, the Bulldogs have once again failed to reach expectations. The Bulldogs might very well win out and finish with nine or 10 wins, but that's still a disappointment for the team. With all the talent Georgia has, nine wins is a mark many coaches could reach. Richt was supposed to at least deliver an SEC East title this season, but he failed to do so once again.

The SEC is a difficult conference, but that doesn't excuse the Bulldogs' lack of SEC titles under Richt. They recruit consistently well, but have failed to capture an SEC title in a decade. Georgia doesn't need to win an SEC title every year, but Richt did win two early in his career. He's failed to do so in recent seasons and that simply can't happen at Georgia. Winning double-digit games each season is great, but it doesn't really matter in the grand scheme of things when there is no conference title to go along with it.

At this point in his career, we know what Richt's teams will do at Georgia. They'll win nine or 10 games, but they won't be able to win the SEC or compete for a National Title. That's Richt's ceiling. Make no mistake; it's a good ceiling for many programs, but it's simply not enough for Georgia. The Bulldogs need to take that next step, and it's not going to happen under Richt. Georgia can stick with Richt and continue to come up short, or it can make a change and try to take that next step. After yet another disappointing season, it's time for Georgia to end the Mark Richt Era and try something else.