REQUIRED READING: Thompson Autobiography ‘I Came As A Shadow’ Out Now 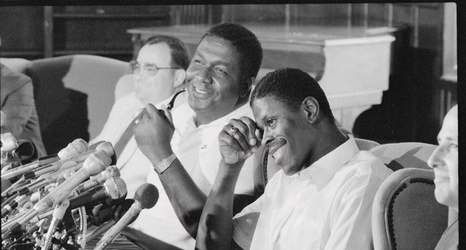 It’s simultaneously been only a few months and a lifetime since the Georgetown Hoyas and the world lost John Thompson Jr. Since late August, many stories and tributes have been shared about the larger-than-life legend and his accomplishments on and off the court.

Now, with the release of Thompson’s autobiography ‘I Came As A Shadow,’ co-written with Jesse Washington, fans of Georgetown and the sport of basketball can hear Thompson’s story in his own words.

To promote the book, Washington has been making several appearances and teasing with Thompson factoids and lessons.