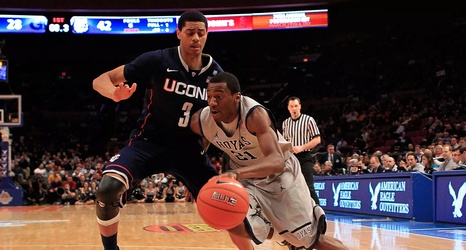 Well it appears that the rumors that the UConn Huskies are rejoining the BIG EAST have been confirmed and the Georgetown Hoyas have regained a rival.

Source confirmed that UConn will be added as a member of the Big East. Announcement likely this week.

I can confirm that UConn is awaiting official invitation to the Big East and a formal announcement of the move is forthcoming. First reported by @DigSportsDesk
UConn football likely lands in another conference or goes independent, starting in 2020 season.