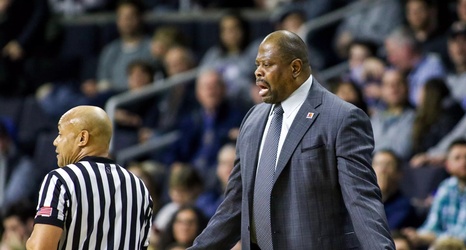 After such an exciting week of commitments last week, fans of the Georgetown Hoyas were holding their breaths in expectation for the other shoe to drop—class of 2022 Forward Grayson Carter has reportedly entered his name in the NCAA Transfer Portal.

Grayson Carter is a 6’8” forward from Dallas, Texas, who showed glimmers of the nice shooting stroke we had heard about from his high school days in back-up time at the forward and center positions. He should have 3 years left of eligibility left after a year-in-residency at his destination.

Prior to Georgetown: A four-star recruit out of Dallas, Texas who attended Denton Guyer … During his senior year at Denton, was named first team all-district, the offensive MVP of his district, first team all-area, first team all-region and academic all-state … Ranked as the 10th best center in his class according to ESPN … As a senior, he averaged 12.