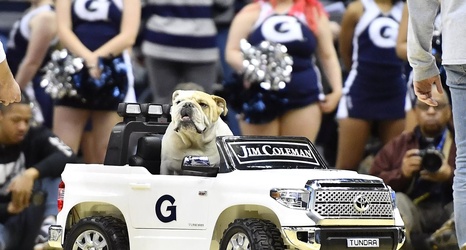 Well, that was underwhelming. Georgetown sought to end its season on a high note, hosting Harvard (which you may recognize from the Georgetown Fight Song) in an NIT game in a lively McDonough Arena on Wednesday night. Having finished Big East play at .500 and just outside NCAA Tournament contention, the Hoyas could have redeemed themselves with a win or two, no matter the tournament. But Georgetown came out flat and barely improved, suffering through long scoring droughts en route to a 71-68 defeat at the hands of the Crimson.

Jessie Govan led Georgetown with 25 points in his final game as a Hoya, while James Akinjo finished with 15 points and 4 assists.